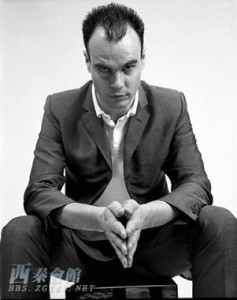 March 11 is a significant date in my world – not least because it’s my wedding anniversary, but it also marks the birth of one of the most important British crime writers of the last 15 years, Jake Arnott.

Today Arnott turns 54, and I can still remember the buzz I felt when reading his 1999 debut novel The Long Firm that sparked a magnificent – and much-needed – revival in quality, thought-provoking British crime fiction.

Arnott was never going to be a writer who would provide us with another clichéd, world-weary detective that would run on and on for years in cosy annual instalments. And boy we were tired of those. No, The Long Firm was a rousing one-off (just like his other five books since), exploring the tale of charismatic, homosexual nightclub owner and racketeer Harry Starks through the eyes of five people that knew him in 1960s London.

Those five different points of view gave us a finely executed deep character analysis of Starks, all woven within a subjective, forceful, tender and ultimately convincing narrative. Those perspectives came from a young boyfriend of Starks, a female singer and love rival, an old-school backbencher in the House of Lords, a wayward criminal on the edge of darkness, and finally a sociologist in the 1970s, giving the overall story a diverse, grand scope.

The characterisation was sublime, as was the period detail (it included perceptive references to some real-life personalities of the time including Judy Garland and the Kray twins), Arnott excavating the cultural minutiae of the era to give us an evocative feel for the bleaker side of the swinging sixties.

But it was The Long Firm’s magnetic, lyrical prose that made the novel stand out, that took the gritty British gangster genre to a higher level, blending a gripping storyline with genuine splashes of literary fiction. Good literary fiction, that is. Worthy, skilful fiction spawned from the soul and aimed at the heart.

Crime fiction was no longer just about a haggard, vulnerable cop having several stones thrown at him by professional enemies and being weighed down by personal demons before bravely exposing – and defeating – the arrogant criminal. No longer about conventional plot-led tales (albeit well-written and tension-fuelled ones) constructed to be read on long flights.

The literary ambition of The Long Firm served as a groundbreaking text for both writers and readers, possibly even agents and publishers as well. It gave writers who wanted to explore a world beyond another Rebus or a serial killer the chance to reach that brave new territory, that higher plane where character and prose – in terms of length and style – could be the preserve of their imagination, and engineered to however their particular story demanded. Not bound by the industry guidelines and perceptions of what sells and what doesn’t.

Not that those guidelines aren’t valuable (any industry needs to rely on past buying habits to build for the future), but the timing of Jake Arnott’s breakthrough was important. It allowed writers that followed the opportunity to forge their own creative path, to trust their own instincts and senses, and encouraged agents and publishers to take a chance on more decadent, quirky crime fiction that didn’t necessarily fit into a style and format they were previously committed to.

After The Long Firm we saw a wave of idiosyncratic British and Irish crime writers – authors who dedicated themselves to crafting and maintaining a powerful writing style faithful to their own tastes and desires – break through. The likes of Adrian McKinty, David Peace, Ray Banks, Allan Guthrie, Stav Sherez, Simon Lelic and Neil Forsyth all launched successful careers, while authors such as Ken Bruen, Nicholas Royle, Peter Guttridge and Gene Kerrigan achieved higher recognition. The range of contemporary crime writing had expanded way beyond the formulaic detective mystery – existential noir, irony, humour, ferocity, fact-fiction intrigue and horror all stood loud and proud as major pulse points within this fascinating genre.

Arnott’s second book, He Kills Coppers, was released in 2001 and carried much of the intimate verve and sensual swagger we saw in The Long Firm. Based on one of Britain’s most infamous true crimes, the 1966 murders of three Met police officers in Shepherd’s Bush (the name of the real killer, Harry Roberts, was changed to Billy Porter), He Kills Coppers was a huge critical and commercial success and paved the way for Arnott to carve a successful career that has been carried out largely at his own pace and to his own liking.

Not one to put himself under undue pressure by signing a contract that committed him to churning out a new release every year, his third book, True Crime, came out in 2003, telling the story of a dead gangster’s daughter seeking the truth surrounding her father’s murder (linked to The Long Firm). Arnott left the criminal underworld behind in Johnny Come Home (2006) to write about a 1970s glam rock star and the anarchist group ‘The Angry Brigade’, and shifted focus even further with The Devil’s Paintbrush (2009), detailing a 1903 encounter in Paris between the occultist Aleister Crowley and former British Army officer Sir Hector MacDonald, under threat of court martial following allegations of homosexuality, on the eve of the soldier’s suicide.

In 2012 Arnott released The House of Rumour, a conspiracy tale involving WWII spies (featuring Ian Fleming), science fiction writers in 1950s California and the new wave music scene in 1980s Britain. Again the mixture of real-life figures and fictional characters resulted in a dazzling, if sometimes baffling, effect in a book that was hailed as a time-spinning, genre-fusing, continent-hopping classic.

Who knows what’s next, but one thing is for sure – Jake Arnott is an author who has made full use of his intellect and passions to skilfully explore the themes of masculinity, class, sexuality, ambition and repression. And through his gifts for characterisation and innovative prose, he has given us some smart, enjoyable literature that proved forceful and eloquent writing can merge as one.