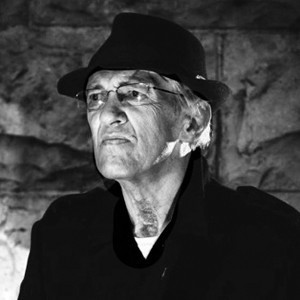 Ken Bruen turns 65 today, but if you read his work you’d never be able to tell as his writing is laced with a gloriously fresh, youthful verve.

I see the Irish crime novelist as one of the finest modern noir writers around, and although he’s won some prestigious international awards (two Shamus gongs, a Macavity and a Barry Award) he deserves to be acclaimed on a much wider scale, way beyond the kudos of the crime fiction elite. If anyone’s writing should be breaking through into the mainstream to be enjoyed by a lot more people all over the globe, it’s his.

Born in Galway in 1951, Bruen was an early reader but it was a while before he got published. After completing a PhD in metaphysics he spent 25 years teaching English in Africa, South East Asia and South America, his time in the latter marred by an incident that has haunted him – and his creative output – ever since. In Brazil he was wrongly imprisoned, tortured and raped. When a traumatised Bruen was released, he weighed six stones.

Put on a plane to London, he set up roots in Brixton and blended his rich, stark experiences with a long-nurtured edgy writing style and black humour to create his debut novel, Funeral. Bruen harnessed his craft and in 2001 released The Guards, the first Jack Taylor novel, his most well-known series.

An alcoholic ex-Guard (fired from Ireland’s police force in disgrace of course), Taylor is a private detective by default and, through a mixture of tenacity, luck, intuitive investigative skills and a heartfelt loyalty to his clients, often rundown and desperate themselves, he becomes dangerously good at it. Bruen really gets Taylor, the authentic first-person prose making Taylor’s drunk-philosopher-slash-vengeful-anti-hero persona appear preposterously real. In fact, a more genuine, flawed character you’re unlikely to find.

Bruen eventually moved back to Galway, where the Taylor books are set, and has since created the Brant series, based on a psychotic London-based cop and penned several exceptional standalone works, the highlights being American Skin, Tower and London Boulevard, the latter adapted into a film starring Colin Farrell and Keira Knightly.

Bruen’s narratives are dripping with hard-boiled intent from the off. Some of his intros go way beyond hooking the reader in, they damn near weld your eyes to the page. Here are just a few examples that carry terrific bite as well as disturbing intrigue:

The blast took her face off. (Her Last Call to Louis MacNeice)

Griffin coughed blood into my face when I made to slip the chains under his shoulders. (Tower)

It took them a time to crucify the kid. (Cross).

The intensity rarely dips, his chapters short, his sentences rapid and his prose muscular, his output always wonderfully original. Bruen’s habit of defining his protagonists by their cultural tastes – often declared through listing their favourite music, films, books, clothes or cuisine – has also won him many fans.

The glowing reviews will keep coming, but it’s high time this champion of the crime genre was hailed as a great of modern fiction worldwide.