A short story of mine titled ‘The Easy Way Out’ has been published by renowned American literary magazine Mystery Tribune.

Dedicated to mystery and suspense, Mystery Tribune was founded in New York in 2011 and features an array of fiction and art, publishing daily articles as well as print and digital issues.

Powered by a team of contributors from around the world, the magazine’s mission statement reads: ‘With the firm belief that “behind extraordinary mystery books or pieces of art, there are extraordinary people”, we search the globe to bring you the most captivating work from both established authors and creatives as well as emerging talents.’

‘The Easy Way Out’ depicts the dramatic unravelling of Jake Selby, who is part of a group of correctional officers fired for allowing powerful criminals to receive beneficial treatment over several years in a New Jersey prison. Struggling to shake off his guilt, Jake moves to the coast to start over, but his past comes back to haunt him in tragic fashion as he attempts to cling to his sanity.

A fast-paced mystery laced with psychological suspense and intrigue, you can read ‘The Easy Way Out’ here. 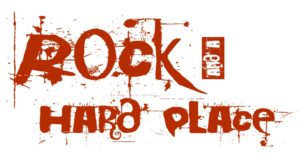